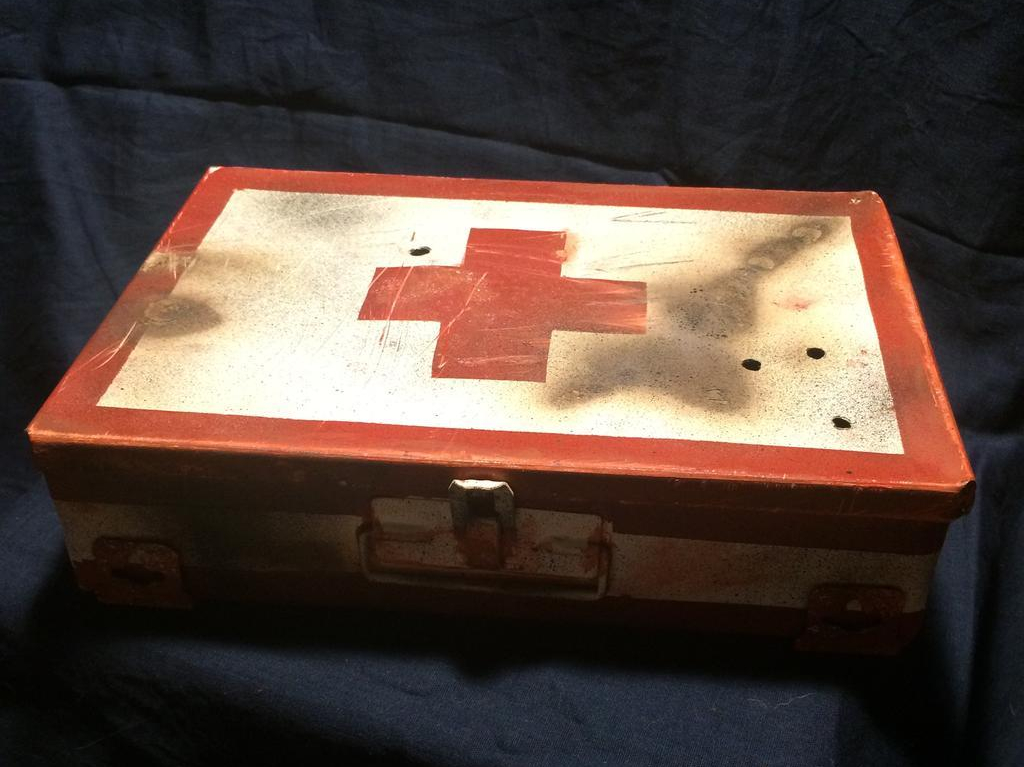 This post contains the fifteenth chapter of my as-of-yet untitled sci-fi novel. I present this first draft now, in a raw, unedited format (be kind, hopefully-soon-to-be-constant reader). Feedback is encouraged! You can find the rest of the published chapters here.

The forest floor is smeared with blood. Noxious black blood from the dead Clockers mixes with smaller smears of red in a gruesome collage in the snow around our feet.

The Clockers are dead. Hawk and I barely managed to bring down the remaining pair, but not before one of the bastards sunk a mouthful of razor-sharp teeth into my shoulder. A ragged circle of deep punctures that burn like black fire send arrows of pain down my left arm at the slightest movement.

Hawk and I sit with our backs against a tree, panting heavily. The dead Clockers lay in heap in front of us, viscous black fluid still oozing from the wounds our blades inflicted.

“We ought to do something about that shoulder,” Hawk says as he pushes himself to his feet. “Don’t want you to bleed to death after I just risked my ass keeping you alive.” All I can manage in reply is a single weak nod. Hawk grunts and rummages through his pack until he finds one of the white bricks from the supply drop that we had looted earlier in the day. He peels off the white paper coating to reveal a hinged black box marked with a red cross. He snaps it open and removes bandages, medical tape, thread, and a thin silver needle. “I have to sew those up,” He says, nodding at the open wounds on my shoulder. “It’s going to hurt…a lot.”

“Do it.” I manage to croak, trying to summon as much devil-may-care bravado as I can. “I can take it.”

Hawk snorts in amusement and kneels next to me. He rips open the tattered shoulder of my uniform. “Okay tough guy,” He says, “but, if you throw up on me, I’ll kill you myself.” He threads the thin needle with shaking fingers and then, after wiping away as much of the blood around the wound as he can, begins to methodically sew up my wounds. I grit my teeth against the pain and force myself to stay conscious as he works.

“So…you going to tell me what the hell you’re doing out here all alone?” Hawk asks as he knots the thread and ties the first of the gashes closed. Black spots creep in around the edges of my vision but I focus on the wildfire of pain blooming in my shoulder and ride the agonizing edge of the feeling to keep myself conscious. Hawk wasn’t kidding. This hurts…a lot.

“Running. Same as you.” I say through gritted teeth. I’m struggling to stay in the moment as pain and exhaustion cloud my mind like a lingering black fog.

“I’m not running, asshole,” Hawk says, yanking on the thread harder than he needs to. I yelp and wince from the sharp spike of pain. I stare daggers back at the sharp-faced boy, but he does not seem to notice or care.

“Then what are you doing out here?” I sneer back.

“Saving your stupid ass, for starters. I haven’t decided if that was the right call or not.” Hawk ties off another gash and goes to work on the last of the jagged wounds on my shoulder. My head swims from the pain. Bright, blurry stars dance across my vision. I force myself to stay present – to stay awake – through the invasion of agony assaulting my senses from the beachhead in my mangled shoulder.

“Thanks,” I say through lips that feel numb and heavy. “I owe you one.”

The gratitude seems to surprise Hawk. For a brief moment, he’s speechless as he continues his ministrations. When he finally speaks, his voice has lost some of its trademark bite. “Yeah, Crash. You do,” Hawk says as he ties off the last of the sutures and wraps my injured shoulder with the bandages from the medkit. “Did Snow make it out?” He asks softly, “Did anyone?”

“Snow made it out. So did a handful of others.” I reply as I move my injured shoulder in a tentative circle, testing the boundaries of the pain around my newly wrapped wounds. “Dex was with us for a while, but he disappeared while we were sleeping last night.”

“Dex was with you?” Hawk says, his face contorting in rage. “That scumbag betrayed us all!”

“What the hell are you talking about?”

“He switched sides on us, man. He’s back at The Falls right now with the Ghosts. Shit, he probably helped them take The Falls.”

The words hit me like a bucket of ice water to the face. Dex was a lot of things, crazy not least among them, but I have a hard time buying that he’d ever betray the boys from The Falls. Would he? I think back on my last bizarre conversation with before he ran off. He was convinced that he had found the truth. That this place demands a sacrifice in blood like some ancient, vengeful god. Is it that hard to believe that he might throw in his lot with a group of bloodthirsty savages if he thought it’s what The Zone wanted?

“What the hell are you taking about?” I manage to ask.

“After I got away from The Falls, I hid in the woods.” Hawk says with barely concealed fury. “I watched the Ghosts burn down our walls. I watched them kill the Fighters that fought back. The rest they captured and drug away. I was forced to watch as those filthy bastards defiled our home, and I couldn’t do a goddamn thing.” To my surprise, angry tears stream down Hawk’s angular, pinched face. “Then, I watched Dex come home.”

“Why the hell would he go back?” I say in disbelief. “Was he a prisoner? Did the Ghosts catch him?”

“A prisoner?” Hawk exclaims, nearly choking on the word. “Hardly. He strode through what was left of the main gate like he owned the place. The Ghosts welcomed him in.”

“That makes no goddamn sense, Hawk. If that were true, he’d be Ghost food by now.”

“I saw it with my own damn eyes, Crash!”

“Wait…what exactly did you see?”

Hawk draws in a lungful of breath and then exhales a long, ragged sigh. He closes his eyes and runs a shaking hand through his long, greasy hair. “I hid in the forest outside what was left the falls for hours. I figured that, if I couldn’t fight back, I was at least going to try and get some intel on those fucks. Maybe something we could use to bring them to their knees…to get our home back.”

“What were they doing? After they took The Falls, I mean?” I interrupt, my curiosity getting the better of me.

“I…I don’t know.” Hawk replies. “I couldn’t get close enough to see inside the walls. I know they dragged the survivors inside, but I don’t know where…or why they’re keeping them alive.”

“How can you be sure they’re still in there?”

“No one came out after the attack…not even Ghosts. As far as I can tell, they’re all still there. Hostages included.”

“What about Dex?” I prod, anxious to hear what convinced Hawk that Dex – his best friend – has betrayed us all.

“Dex turned up a couple hours after the fighting ended.” Hawk continues. “The Ghosts had put out the fires and were guarding what was left of the walls. I got as close as I could. I was trying to find weak point in their perimeter so, once it got dark, I could slip in and rescue our boys. Then, Dex comes walking out of the woods like he doesn’t have a care in the world. I swear to god, he was freakin’ whistling as he walked up to the main gate.” Hawk shakes his head in disbelief, like even he can’t believe the story that he’s telling. “Then, the gate swung open. Ghosts came pouring out, weapons held high. I was sure that I was about to watch Dex die. Then they all just…froze. It was like someone hit a button and…I don’t know…just, switched them off. I could tell Dex was saying…something, but I was too far away to hear. Then, all at once, the Ghosts fall to their knees in front of Dex. They were fucking bowing. I couldn’t believe my eyes.”

My mind races as I try and make sense of Hawk’s story, but it’s all too strange. What could Dex have possibly said to those savages to get them to bow down to him? Actually bow down?

“I could only make out a couple words,” Hawk continues, “but I swear to god, when the Ghosts got to their feet, they were fucking chanting, man.”

“Chanting?” I reply, feeling increasingly untethered from reality the longer Hawk talks. “What…what were they chanting?”

Hawk stares at me in silence for a long moment, like he’s pausing to give his next words maximum dramatic effect. I furrow my brow impatiently, desperate for the next piece of the puzzle. When it comes, I’m glad that I’m already sitting down – because Hawk’s next words would have knocked me on my ass for sure.

This site uses Akismet to reduce spam. Learn how your comment data is processed.